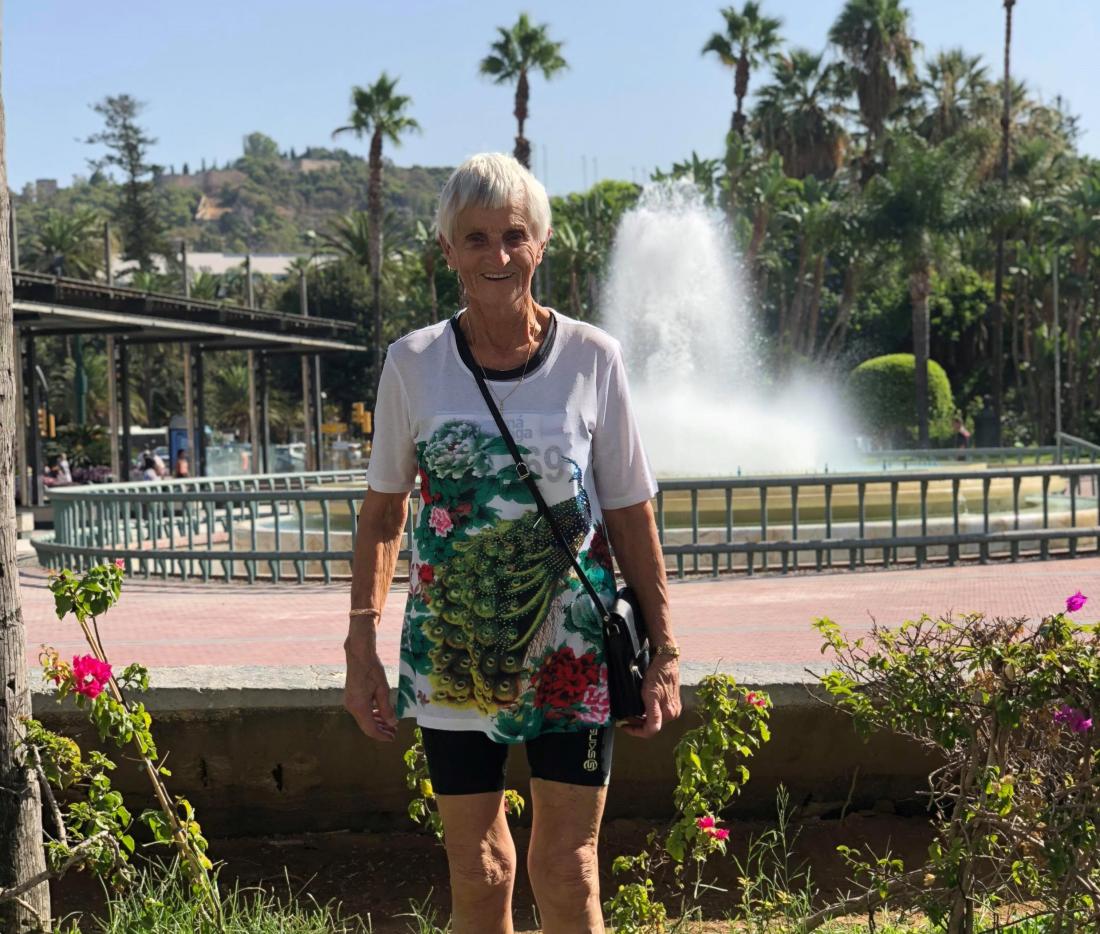 Clasina Van der Veeken is no stranger to the spotlight, the amazing 87-year-old is a regular at Masters athletics events, competing most recently in a wide range of events on the track and in the field at the World Masters Games in Spain (winning five medals in six events), in her time setting and holding numerous world records.

She will do so alongside two of her grandsons, with Matt and Kurt Davies lining up to keep her company, although the boys mum Liz Davies says it might be more a question of them needing their grandmother.

“She is just amazing, she has done lots of marathons and half marathons before, she looks so much younger than she is,” said Liz. “The boys will be alongside their grandmother, she knows about Matt but Kurt turning up is going to be a surprise for her later in the week, but the question might be whether they can keep up with her!”

Clasina immigrated to New Zealand in the late fifties from her home in the Netherlands and took up life as a farmer’s wife. The onset of arthritis in her sixties led to an uptake in exercise to combat the effects, first on the bike and then in athletics. The Round Lake Taupo bike ride has been conquered nine times and she has never looked back, getting stronger the more she takes on, becoming a regular on the Masters Athletics scene.

Whangarei based Van der Veeken has a wonderful sense of humour and positive outlook on life and said her decision was an easy one to make, with a little help from Suzie at the local Smiths Sport Shoes store.

“I said, before I am going, I better do this race! I always do Kerikeri but this is on the same day, so this year I decided I need to go to Queenstown, there are a few others coming from Whangarei to do the Queenstown race.

“There are no goals for me, I have done so many already, I just like to do the race and want to keep going for as long as I can. I hear that the scenery is so nice, I was talking to Suzie from the Smith Shoes Shop and she said, ‘you will like it, it is very nice’.

“So, I am looking forward to it, and to do it alongside my grandson will be very special, this is the first time I have done an event alongside Matt, I have done one with Kurt before, but not with Matt. We will be okay though, just enjoying it together.”

Van der Veeken says she is reminded of that arthritis every now and then but has few complaints.

“I started sport when the doctor told me to exercise or to take medicine for my arthritis and I have been exercising ever since. I still have some arthritis, it doesn’t bother me too much.”