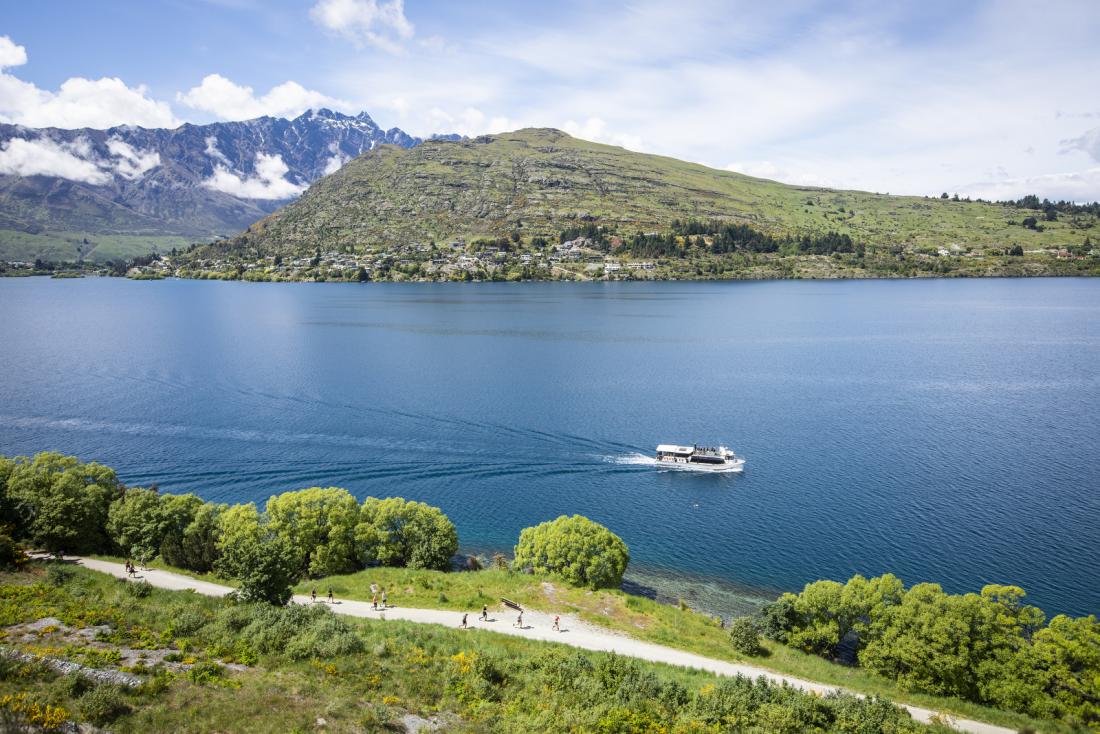 These two marathons are the stuff of Bucket Lists, combining the incredible natural scenery of the country's Central Otago region and a truly tough and equally rewarding endurance challenge.

Two of the most unique and scenic marathons in the world take place each year in the heart of New Zealand’s South Island. The Air New Zealand Queenstown International Marathon (November 16, 2019) and the Macpac Motatapu Off-Road Marathon (March 14-15, 2020) are set in Central Otago, amongst some of the most breathtaking mountain scenery. This is Lord of the Rings country, but in real life!

The magic of these two races lies in the beauty of the courses. The Queenstown Marathon is set against the backdrop of the stunning Remarkable and Crown mountain ranges, and runners will take in many of the region’s highlights. The start line is in the luxurious Millbrook Resort, and from there runners head through the heart of Arrowtown, a historic and picture-perfect mining settlement. This is one of the oldest villages in the region, which was founded in the midst of the New Zealand gold rush in the 19th century.

The race course is predominantly on hard-packed trails, and after a few kilometers of on-road running, athletes hit the gorgeous Arrow River trail. The turquoise waters offer a hint of the stunning views to come, before you swing west towards Lake Hayes. Runners complete a loop of the lake on another trail, all the time drinking in the outstanding mountain views and encouraged by the support of volunteers. An on-road stretch takes athletes through halfway before they encounter more riverside running. The course crosses the Shotover River on one of the original bridges before joining up with the Kawarau River and heading for Queenstown. The final section runs alongside the Frankton Arm of Lake Wakatipu, taking in the beautiful Queenstown Gardens before finishing in the heart of the town.

The Macpac Motatapu Off-Road Marathon ratchets things up to yet another level on the scenic scale, but also adds considerably to the difficulty, with a remote and challenging course. The race is held annually as part of the Motatapu Off-Road Events, a weekend of races passing through the Motatapu Valley, between Wanaka and Arrowtown. The marathon has been held in every edition of this event, and celebrated its 15th anniversary in 2019.

The route passes through several privately-owned farming stations and is only open to the public one day a year—race day! This makes it a truly unique experience, as if passing through pristine New Zealand backcountry wasn’t enough. The course starts at Glendhu Bay, on Lake Wanaka, and climbs steadily for the first two-thirds of the race. All the while, runners are passing through a remote valley, and excluding a couple aid stations, must be completely self-sufficient. This isn’t your typical marathon. There is a comprehensive mandatory gear list, including additional clothing and a first-aid kit.

After the 25K mark, athletes hit the highest point of the race at 875 meters, as they pass through the valley between Mount Soho and Mount Cardrona. The pressure on the lungs might reduce slightly, but the Soho Descent will challenge tired muscles with a serious test of downhill running technique. At the bottom of this slope, the route hits the Arrow River. This stretch is considerably more rugged than the section covered in the Queenstown Marathon, and at times, the course and the river intersect. There are multiple crossings through the frigid water, and if the level is up, these can prove a tough final stretch before the run to the finish in Arrowtown.

The Macpac Motatapu Off-road Marathon has an incredibly wild and challenging course, and while the route for the Queenstown Marathon might seem easier, the task of completing the distance or chasing a personal best is still a significant goal. The natural beauty of these courses is the main draw, but the atmosphere at both of these races also make them pretty special.

Queenstown and Wanaka often host tough endurance challenges, and as a result, the communities embrace the events and their athletes. Ideally, you’ll drag a few mates along with you, and in the true southern New Zealand tradition, you’re sure to be handed a beer at the end.

With numerous events held across the Motatapu weekend and several shorter races alongside the Queenstown Marathon, there are opportunities for athletes of all levels to get involved. Get the family and friends down to this remarkable region and make the most of one of New Zealand’s most popular tourist areas. Queenstown is the home of adventure sports in New Zealand, if not the world. From bungy jumping and skydiving, to jet boating and whitewater rafting, this destination has it all if chasing an adrenaline high is your thing. It also has seemingly endless options for eating and drinking, with numerous restaurants and bars, as well as world class vineyards and wineries to explore. If you like to keep things a bit more low-key, there are an incredible number of hiking and biking trails to explore, or you could head to Glenorchy where several scenes in Lord of the Rings were filmed.

At the other end of the Motatapu course is Wanaka. This is a smaller township than Queenstown but also has an amazing amount to see and do. Wanaka is the gateway to Mount Aspiring National Park and has some spectacular hikes not too far from town. Wanaka offers a via ferrata alongside a waterfall, canyoning, or paragliding as some of the most popular options. Lake Wanaka is incredibly appealing, especially in summer, and can be explored by paddleboard or kayak, boat, or even with a swim. Wanaka also boasts a couple of outstanding vineyards, several small breweries and a nearby distillery.

So there you have it. Two amazing marathons set in one of the most beautiful parts of the world. Both courses celebrate the scenery of the area, but there is much more to these races than that.

Don’t take my word for it though. Adventure awaits. You won’t regret making the trip.